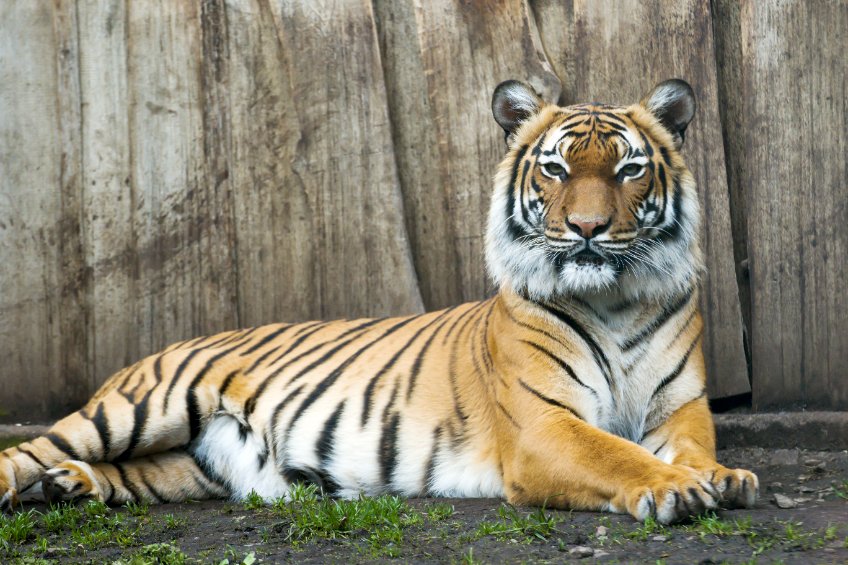 Representing courage and strength, the Malayan tiger is a unique subspecies from other tigers from across Asia. Because of this, the national animal of Malaysia is referred to as Panthera Tigris Malaysia. The animal’s image can be found in many of the country’s insignia, such as the coat of arms, where there are two such tigers guarding and supporting the shield.

The image of the Malayan tiger can also be found in the emblems of the Football Association of Malaysia, Proton, Maybank, and the Royal Malaysia Police. Often called harimau by the locals, the tiger is also commonly referred to as Pak Belang (Uncle Stripes) in popular folklore.

It’s difficult to visualize Malaysia’s national flower not being the hibiscus. However, in 1960, the hibiscus flower, which is locally known as Bunga Raya, wasn’t even in consideration to become the official national flower. History books report that there were seven flowers in contention for the title, which includes the hibiscus. Ultimately, the choice was narrowed down to two flowers; the jasmine and rose, which were each preferred by the residents of the West Coast and East Coast, respectively. But the country’s first Prime Minister, Tunku Abdul Rahman, settled on the hibiscus flower because of its diversity in colour and shape and also because it could be easily found in many parts of the country. Formally, the red hibiscus flower is Malaysia’s national flower, its colour symbolizing economic and political stability. The 5 petals represent the 5 core values in the Rukun Negara and its diversity in size, colour, and shape signifies the nation’s multicultural society. These can be spotted on holiday at a Borneo rainforest lodge.

With its predominantly black plumage and white feet and tail, as well as its huge bill, the Rhinoceros Hornbill is one of the largest birds in the country. With a wingspan of 150 cm and a height of 80 to 90 cm, the rhinoceros hornbill is one of the 10 species of hornbills that can be found in the country. The Dayaks, who are the native people of Borneo, believe that the bird is the supreme flying animal of the world and serves as a link between our world and the Singalong Burong (god of the divine birds). The rhinoceros hornbill also serves as the state bird of Sarawak. The image of the bird can be found on the back side of the RM5 bill.

Any true Malaysian will tell you that the national food of the country is none other than Nasi Lemak. This delicious dish is made of steamed coconut rice comes and spicy sambal as well as a mixture of different ingredients like slice cucumbers, boiled eggs, groundnuts, and fried anchovies. This traditional Malay dish is enjoyed any time of the day and has even inspired many versions including Indian, Chinese, and a vegetarian variation of Nasi Lemak. You can find even more captivating Nasi Lemak inspired cuisines that include ice cream and burgers.

The Jalur Gemilang was formally recognized in 1957 when the Union Jack was replaced by the official Malayan flag, symbolizing the nation’s independence. The Jalur Gemilang was designed by a renowned architect from Johor known as Mohamed Hamzah who participated in a design competition to win the final prize. The fourteen points of the stars, as well as the 14 horizontal stripes, represent the number of federal territories and states in Malaysia. The stripes also symbolize the equal status of the constituent jurisdictions, while its white and red colours signify purity and courage. The colour yellow signifies the nation’s rulers, the crescent symbolizes Islam (the country’s official religion), and the dark blue canton represents the unity of the Malayan people. It was officially called the Jalur Gemilang in 1997 (40 years later), on the 40th anniversary of Malaysia gaining its independence.